Hacking things isn’t so much a skill as the intersection of a lot of skills. You may have to be able to design things, do some coding, solder bits together, and build something to hold it all together. The more skills you have, the wider the range of projects you can take on. Personally, I have a strong background in computing. I can whip up code to solve most problems I encounter. Need a virtual machine set up and managed to handle the back end of a task? I’m your man. I can have a decent crack at digital electronics, and have a large stack of boards that I’ve soldered together over the years. However, when it comes to physically building stuff, my skills leave a bit to be desired. When pressed, I can assemble something out of wood that serves the purpose. When it comes to metalwork… well, let’s just say I have to start from scratch. I’m always keen to find new ways of expanding my repertoire, so I set out to see how far I could get learning to weld in a day. To be more specific, can I learn enough welding to make a small stick man from a metal bar? Equipped with only rudimentary equipment (an AC welder and appropriate safety equipment) and a little instruction, I set about the task. My equipment for the day was an aging Weldmate that used to belong to my grandfather. Basic equipment is fine for basic welding.

Electric ‘stick’ welding is, in principle, a simple thing. You connect one bit of metal to a power supply capable of creating a large current, and attach the other side of the power supply to a flux-covered rod known as an electrode. Hold an electrode close to the metal you want to join and a spark arcs between the two. This arc is hot enough to melt both the metal you’re welding and the electrode. This all pools together to form a cohesive mass that forms the joint you’re welding. The first step, then, is to learn to create this arc.
The beginner’s approach to this is to run the electrode along the metal briefly, then just move it away slightly – an action not unlike striking a match. I have a plate of scrap metal clamped to the bench in front of me on which to practise striking an arc. The view through the welding mask is completely black at first, so I line up the electrode with the mask up. I flip the mask down and strike. Nothing. I try again. Nothing. A few sparks splutter out and the welding rod is stuck firm to the surface. A few wiggles pull it free, but it’s a fairly unimpressive start.

Frustrated, I run the electrode along the surface again. There are a few sparks, and this time, as I pull the electrode away, there’s a dull yellow glow emanating from the gap between the rod and the metal plate. In my excitement, I pull away and the arc dies almost as soon as it was created. It’s not a great arc, but it was definitely an arc. After a few more tries, I can create an arc, if not consistently, at least regularly.
Just as generations of programmers have started coding by getting the computer to utter ‘Hello World’, so novice welders often start by guiding the arc around in their name. This gets us used to not just holding an arc, but also manoeuvring it through the dull, almost black world that we view through the welding mask.
I line up, flick my mask down, and begin the B. The arc melts both the plate of metal the arc hits and the electrode. As the electrode melts, it’s deposited on the plate and I leave a ridge shaped in the letters of my name. I flick my mask up as the tail of the N is still glowing slightly from the heat. Initially the letters are black and slightly crusty, but a swift bang from the hammer and scour with a metal brush removes the burnt flux, leaving just the letters raised up in metal.
That’s not really welding, it’s just depositing metal, but I feel hugely satisfied by the feeling that metal – which in my imagination is solid and immutable – has bent to my will.
Stage one of learning to weld is done, it’s now time to join some bits of metal together.
In principle, this is simple. Using exactly the same technique I used to write my name on the metal, I need to melt both sides of the joint and deposit a little metal into the gap between them. If all goes to plan, this should cool and solidify to a single piece of metal with the three parts mixed together in the middle.

Mask down, arc struck, I begin to move down the joint. Immediately I see where the skill in welding comes in. The instant the arc is established, the metal starts to melt. Move it too soon and nothing’s melted enough to stick together. Leave it too long and it’s too melted, leaving a hole in the metal. I need to carefully glide it down, gently moving the electrode between the two surfaces to be joined as it travels down the seam. Of course, I fail spectacularly at that. I move in jerky motions, and try to cheat by moving back up the seam to a part where I’d moved too fast.

The welding rods are coated in flux that protects the joint from oxidisation (it serves a similar purpose to the gas in MIG and TIG welding – see boxout). This should melt and rise to the surface of the joint; however, if you move back up the weld, this flux gets embedded in the joint and you get a stick-shaped hole.
Ugly welding is acceptable, though. The question is, how strong is it? Time to give it a bend and see if I can break it.
Arrghnnn!
The freshly welded metal holds quite a bit of heat and even through hefty gloves, it singes my fingers. Only slightly though. After waiting another minute for it to cool down, I try to snap the joint. My first joint is ugly, but surprisingly strong. Despite it looking like someone tried to nail-gun two bits of jelly together, I can’t break the joint with my hands, so I’m chalking that up as a win.
We wanted to find out if you could learn to weld in a day, and for that we needed a test. For us, it was whether or not we could weld together a simple stick-man sculpture (Maybe sculpture is a little too grand a term, but you get the idea).
The welding here is harder as it’s at strange angles, and the clamps holding things in place can get in the way a little, but it’s all the same basic process: strike an arc, position the arc in the seam, and move the arc to blend the metal together to create a solid joint. Some are, ahem, more successful than others, but the end result, after only a few hours from the first time I held a welding rod, is a solid structure.

The essence of hacking is expanding your skills range, and welding is a great area to move into. It doesn’t take too much time to grasp the basics and even basic skills can be useful. I can’t claim to be a competent welder, but I do feel that I now have a new skill that I can bring to bear on things I make. It might be a while before I’m doing anything load-bearing or which has to look good, but a custom robot frame or a jig to hold things in place is now within my repertoire – just.

Other types of welding

We tried to learn AC stick welding. Equipment-wise at least, this is the simplest form of welding. You just have a coil that converts 240 V (or whatever your local mains voltage is) to a lower voltage but a much higher current than is usually available through a socket (it can be well over 100 amps). The welding electrode is surrounded by flux that keeps the joint clean, but can also cause problems. It’s a bit of a rough-and-ready type of welding that can be great for hackers but isn’t always the best choice. Here are some other options:

Similar to the AC welding that we did, but this time using DC electricity. The equipment needed is slightly more complex, but the general process is exactly the same as with AC.

Metal Inert Gas welding also uses an electric arc to melt the metal, but rather than flux, it uses an inert gas (such as argon, carbon dioxide or helium) to protect the weld, which can result in a neater join. The filler rod is automatically fed into the joint as you weld.

Tungsten Inert Gas welding also uses an inert gas to protect the joint, but unlike MIG welding, the filler rod isn’t automatically fed in and it’s up to the welder to apply this as and when it’s needed. TIG welding is the most versatile form of welding, but it’s also the slowest and most difficult to learn.

Very easy to do, but limited in what it can achieve. Spot welding uses two electrodes close together (typically on opposite sides of the joint) to create a point of heat as well as pressure to hold the objects in place. There’s no filler rod, and the two objects are just melted and pressed together. This is usually used to join two flat surfaces.

Unlike the others we’ve covered, this one uses gas to heat up the metal. A combination of oxygen and acetylene is burned in a welding torch which melts metal. A filler rod can then be used where necessary.

This one isn’t really welding, but more like high-strength soldering: you heat up the bits of metal you want to join and use this heat to melt a brazing rod into the joint.

Hack your own welder

In essence, an AC arc welder is just something that can supply a lot of current (generally a minimum of 50 A). There’s nothing particularly complicated in this, and we’ve seen plenty of home-made welding setups, both by using coils to increase the current in mains power or by amalgamating enough batteries to supply current.
It’s a fascinating project if (and this is a big if) you have the skill and experience to do it safely. Remember that you need to create enough current to melt steel. That means that there’s enough current to do a lot of damage to just about anything that gets in its way, including a human.
One thing that you should never attempt to make yourself is goggles. Eye damage in welding comes from ultraviolet light, so it can be hard to know if protection is adequate until after any damage has been done. Look after your eyes – invest in good quality goggles. 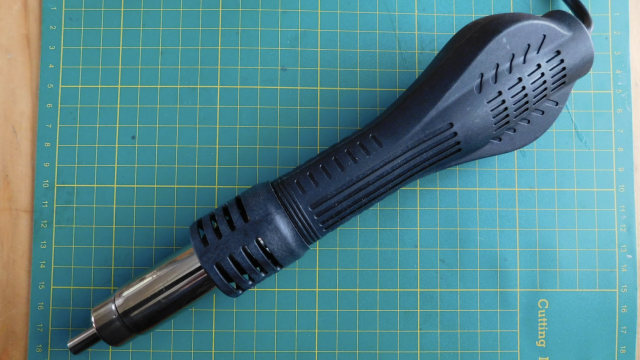 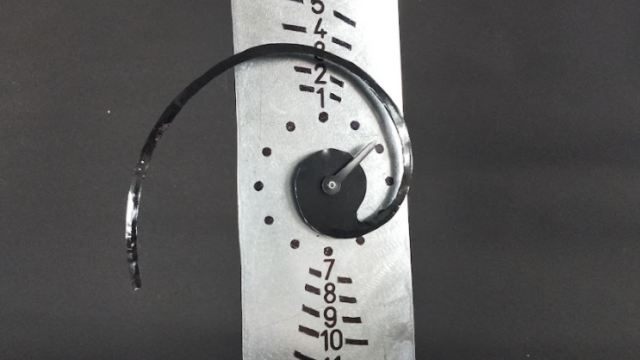 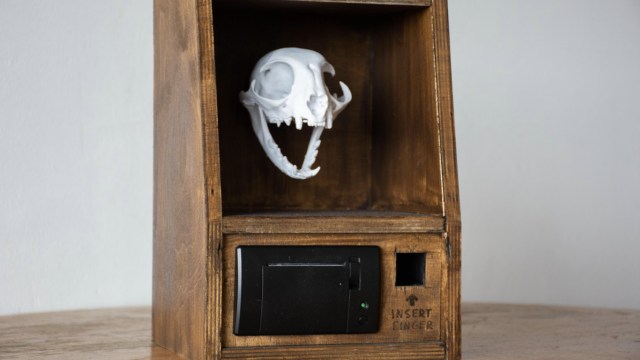 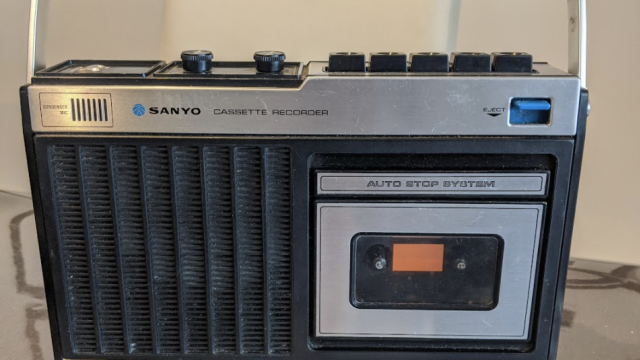 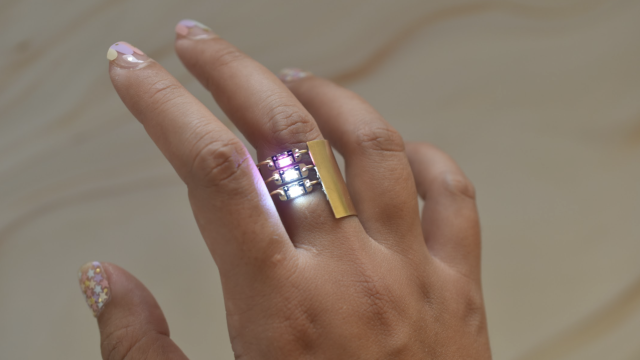 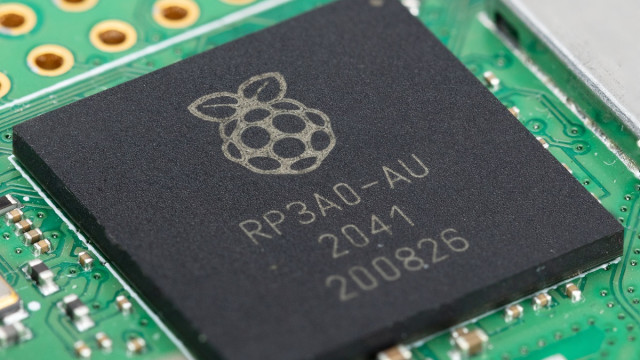