We’re used to seeing electronics as something that gets added on to a machine to make it work – think of the robot that’s just a pile of servos until you drop a microprocessor and some wires into it to make it function. But there’s another way: instead of building the device, then adding the functionality, Carl Bugeja is an electronics engineer making robots out of PCBs. Two-layer PCBs, twelve-layer PCBs, flexible PCBs – he’s doing fascinating work, messing about with things just because he can, and recording the results.

His work is open-source hardware, meaning anyone can copy what he does, but we’re just happy to keep an eye on his YouTube channel and see what he comes up with next. We caught up with Carl to find out how things are going, what he’s currently working on, and what we can expect to see from him next. Here’s what he said: “I graduated in 2016, and right after that, I was working on a startup; we were mainly building really small drones. So the main challenge for this project was miniaturisation and simplifying things to the utmost. The startup ended a few months after we started because of financial reasons. But by then, simplifying electronics and products and stuff like that had become my passion.

“So I kept thinking about the drone and how it could be simplified. And that’s when I came up with the idea of the PCB motor. I didn’t know it at the time, but PCB motors were already available – I only know that because after I published my project, people started sending me some other PCB motors that were commercially available. But when I made my first version, all I knew was that there was a motor that had some actuators that could be connected to a PCB. 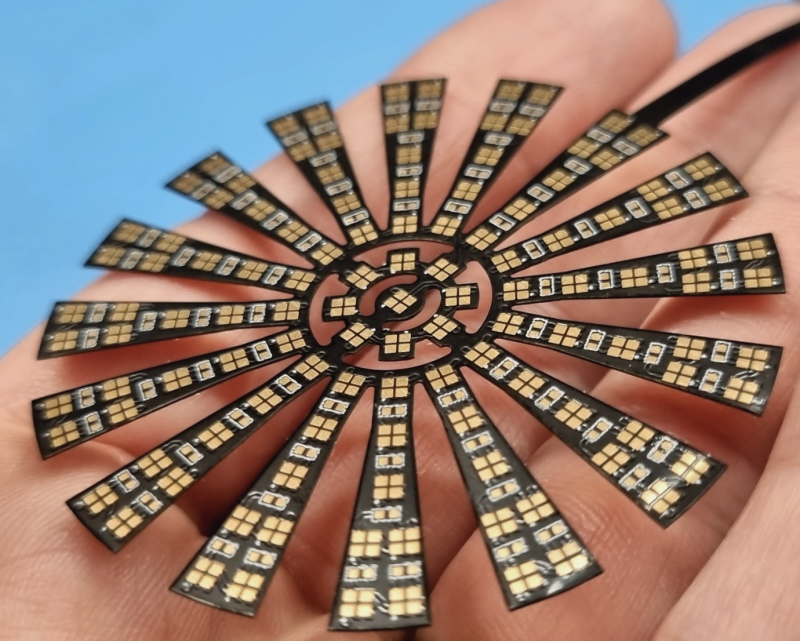 “So that was my first idea. That’s when I first heard about PCB motors. But then I said, what if we could embed the coils with the PCB tracks themselves? That’s how it got started. The first  version worked at the first attempt – that doesn’t usually happen with electronics!

“The main challenges are the thermal issues when it comes to PCB motors because the tracks tend to get hot – this happens in other motors as well. But obviously, when you have a PCB, there’s a limit to how much you can heat it. I think that’s the main limitation. 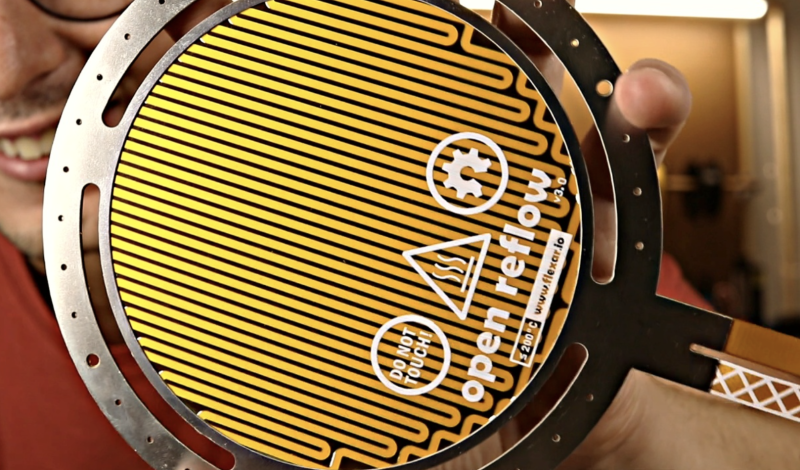 “And then, obviously, it has to do with how strong you can make it in such a small area. So that was my challenge over the years: keep it small and low in weight while still making it strong enough to be useful in, for example, a robot. I can make a larger version that is much stronger, but it sort of defeats the idea of why I started.

“So I’ve seen that the motor quite low, well, at least version one anyway, was quite low torque.

“You could make the whole thing larger – that would definitely be stronger. I recently made a twelve-layer PCB coiled motor. The improvements with that one compared to, for example, a two-layered version, were remarkable. But then, obviously, you have to keep in mind why PCB motors are good compared to other motor technologies. A twelve-layer board, with the increased amount of copper, is more expensive than a two-layer board. Exploring this stuff is interesting, but you have to remember that the point of PCB motors is to be small and cheap. 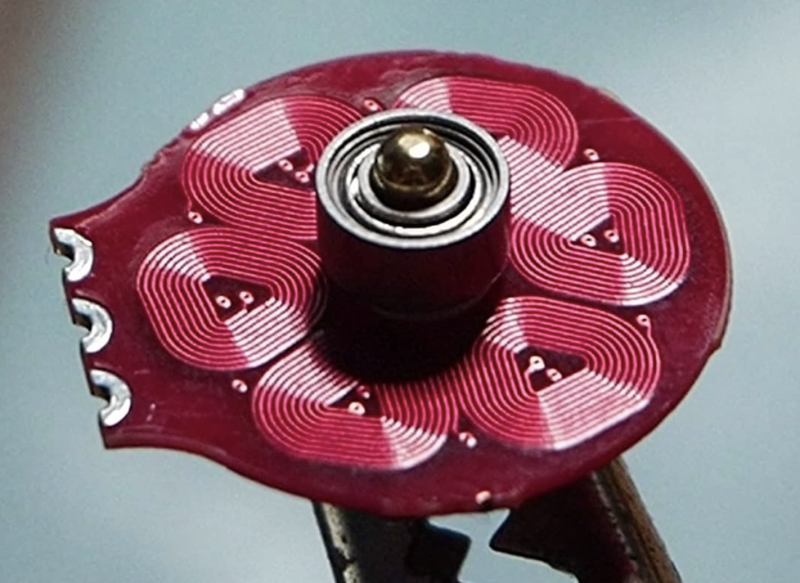 “Making bigger motors would definitely improve the torque but, like I said, my main goal for this project was to create a small motor that could be used for drones or robots. The prototype I’m currently developing is going to end up in a wheeled PCB robot.

“The first prototype I made, I wasn’t sure that the wheels would have enough traction to move the robot forward. Obviously, there are other issues related to the locomotion of the robot. But I’m now working on a new version, which I think will be one of the coolest projects I’m making this year. It’s going to have four wheels, so the robot will also have space for a larger battery. Because when you make small robots, like these, the batteries are a huge problem, because it’s very hard to find batteries that are small enough that have high-end capacity. So I sort of made space for a larger battery. I added two more wheels, so the robot will have four wheels. And I managed to do this in such a way that the robot will be a cube – it will be made from a flexible PCB that folds into a cube.

“So my projects started with the PCB motor, then the second project that used PCBs in a creative way was a linear actuator. And then I started thinking, like, what if, instead of moving the magnet, you could move the PCB? That’s when I came up with the idea of using a flexible PCB. 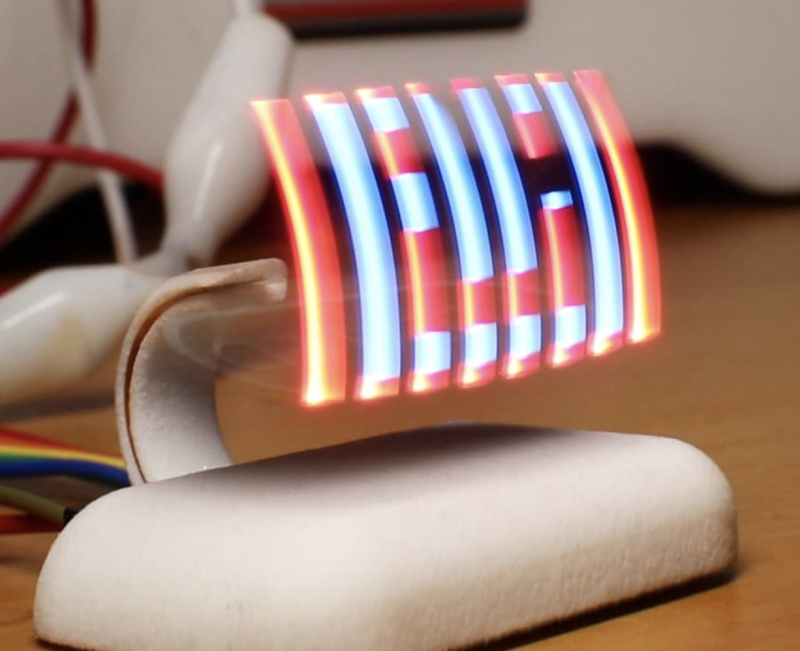 “I had no experience with using flexible PCBs. And so, my YouTube audience saw me grow using flexible PCBs and the mistakes I made with my flexible PCB project because I think it’s not that common to use flexible PCBs; it’s still a new technology. It’s helpful to share videos and documentation with the world, especially on Hackaday. Your videos will be targeted to engineers. I mean, you could inspire someone to make something new, and you’ll also get your work in front of people who have experience in specific fields, who will also help you, and perhaps give you some suggestions – that’s been very helpful. I don’t have a huge experience with being an engineer – I’ve only officially been an engineer for three years.

“It’s also different working with a company and, like, sort of inventing stuff with a team of engineers. I’m currently working self-employed full-time. I used to work in an automotive company, working with electronics and writing firmware for some parts that go into cars. So that’s what I used to do before YouTube.

“As a kid, I used to be fascinated with building robots and bringing inventions to life. Obviously, we didn’t have the access to learning materials that the kids today have. Nowadays, with Arduinos and Raspberry Pis and YouTube, it’s very easy to learn, but before that, it was very difficult to search for something you’d like to learn about and learn it. 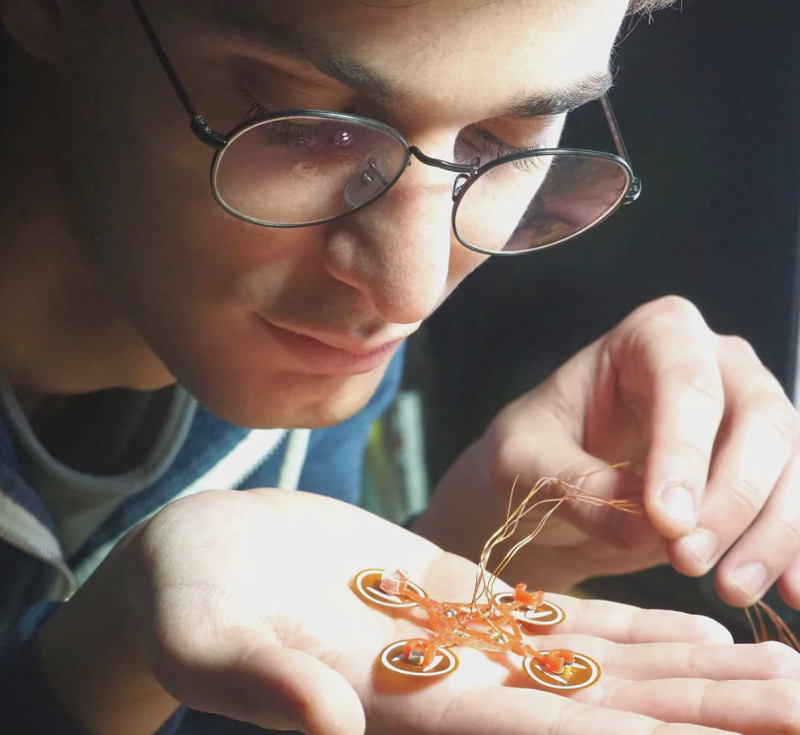 “For me, it was mainly just books and maybe television – MythBusters, for example. But I mean, this is what I wanted to do from a young age, so I’m very happy that I’m getting to pursue my dreams.

“I’ve managed to rotate a drone propeller, but not at the high speeds that you would need to achieve lift-off. I need to double-check what the state of the motor is, improve the torque, but I still don’t think it’s high enough yet. But for now, I’m focusing on the wheeled robot; then we’ll see.

“I’ve also done a fish robot. It was a prototype when I started designing flexible PCBs. My mind started saying, like, wouldn’t it be cool if this was adapted to power a fish? And I think it would, because the way that a flexible PCB actuates, it’s very similar to the way a fish moves. I think it would be cool, but I don’t know if it would be practical – water and electronics don’t tend to go together that well. You’d have to keep it super-light, while still protecting the electronics from water, so it would be a challenge. I might have a go in the future, but for now, I don’t have any plans. 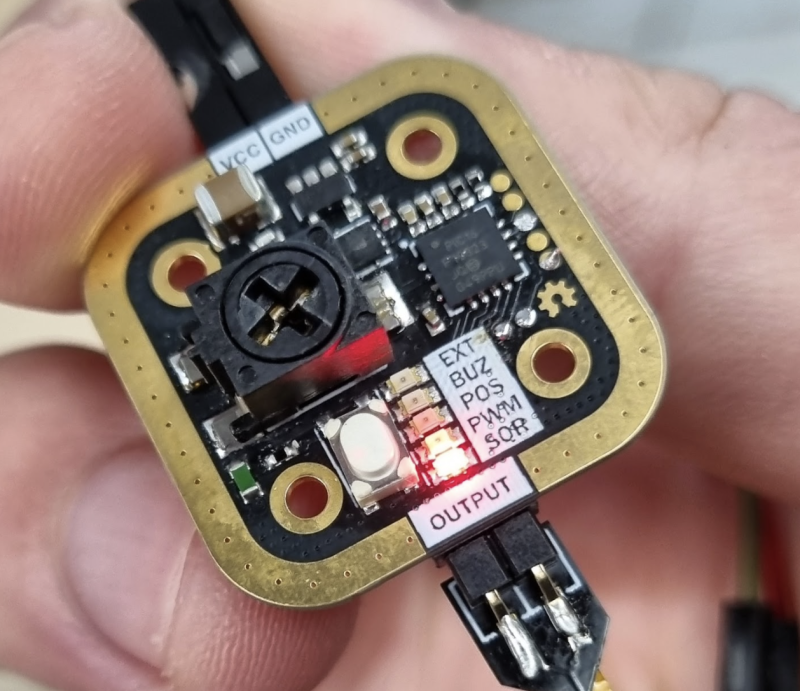 “I think the best way to learn is by failing. Because when something fails, your mind will start thinking of a hundred reasons why it’s failing, and only one of them will turn out to be the source of the problem. So you would probably be testing other ways why it might be failing, which, if it didn’t fail, you won’t be testing. Failure is a very important part of the process. Obviously, it’s not enjoyable to have something fail, especially when you have deadlines and time pressures, stuff like that. But I do try and show it in my videos.

“It’s good for the viewers to see failure; it’s good to show that building things and making them work isn’t easy, that you will get things wrong first time, and that’s OK. 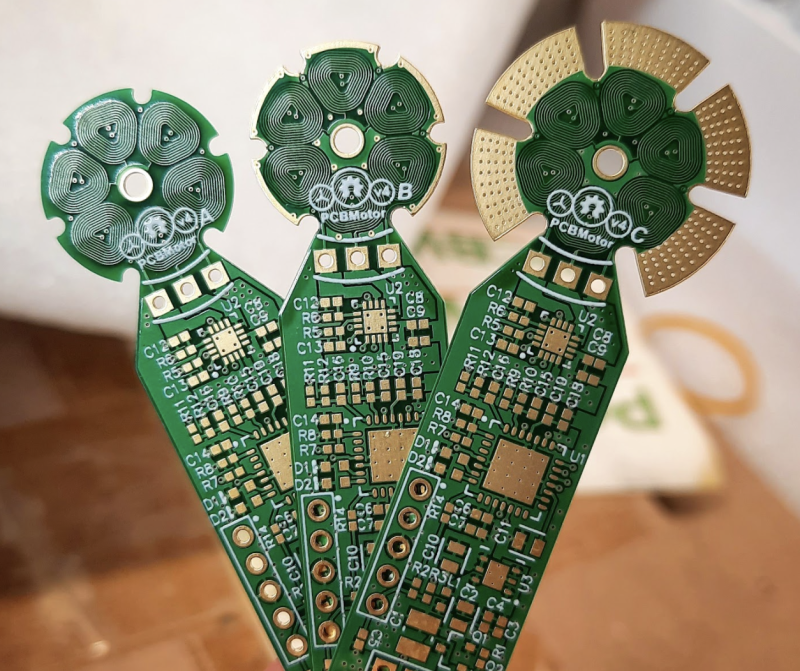 “If you’re not someone who designs electronics, it’s not easy to understand this, but it’s part of the process. When you write code, for example, it’s taken for granted that you’ll not get it right first time; there’s always debugging involved in writing software. Failure and building on that failure is what makes the final product looks great.”