As part of the CNC 3018-PRO series of tutorials, we played a little with a laser module that could be attached to the machine for engraving, and we were keen to experiment with something larger. We picked up a cheap kit for a 40 × 50 cm working area CNC laser engraver for £135. This item is available online and is sold under a few different names – searching ‘500 MW desktop 4050 laser engraver’ returns a few similar results. We ordered what we believed would be branded ‘ChronosMaker’, but actually, on arrival, the controller board was labelled ‘Vigotec’, but apart from that, it was identical to what was pictured. It arrived well-packed, with a decent set of build instructions. Assembling the frame and running gear was straightforward and took a couple of hours using the cheap tools that came in the box. The assembled frame is pretty rigid and, as there are no real cutting forces with a laser diode, it’s fit for purpose – don’t expect this kit to be rigid enough to convert into a CNC router, though. The only problem we encountered was a small missing part: a spacer that created a standoff for one of the V pulley wheels that held the laser carriage assembly to the X axis. We rectified this by filing a nut down to carefully match the height of the missing part, taking a measurement from one of the others. Not the biggest problem – we were probably just unlucky. It’s worth reading the instructions fully before assembly, as there are some T-slot nuts that need inserting into slots several steps before they are utilised, because the slot ends become inaccessible in subsequent steps. Of course, we found that out the hard way and had to partially disassemble. 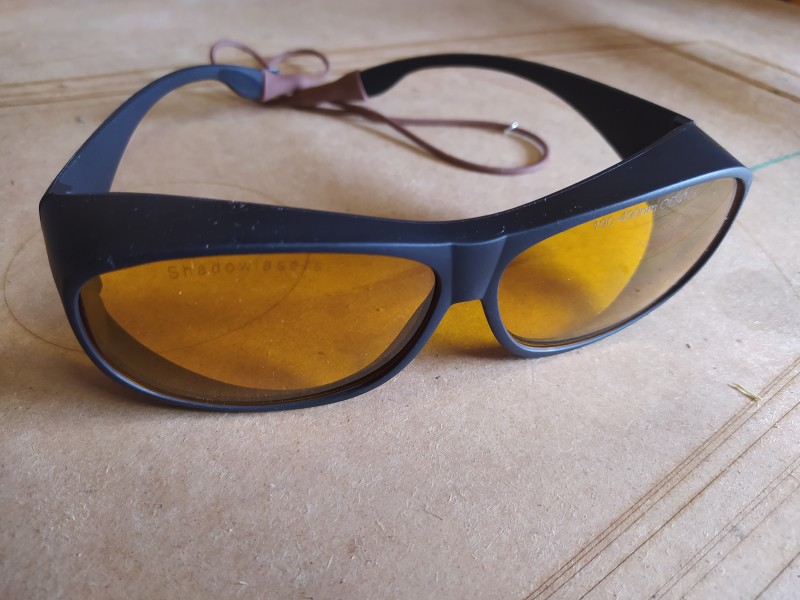 The axes are driven by stepper motors and lengths of GT2 belts and pulleys. We were slightly sceptical about the belt attachment, which is a simple bolt through a captive nut, with the bolt end clamping down on the belt. However, we’ve found that this has worked very well and has given no problems in operation. We were pleased to see that the Y axis is driven via two stepper motors rather than a single stepper with some kind of linking drive-shaft, as other designs have. The kit was supplied with all the cabling required pre-terminated, so once it’s mechanically assembled, it’s simple to plug everything together. Our machine came without software but suggested LaserGRBL, which is a free and open-source Windows only control environment and G-code sender. Once downloaded and installed, this software worked perfectly with the machine and allows for vector images to be imported to cut and a range of image files to be imported and converted for engraving. 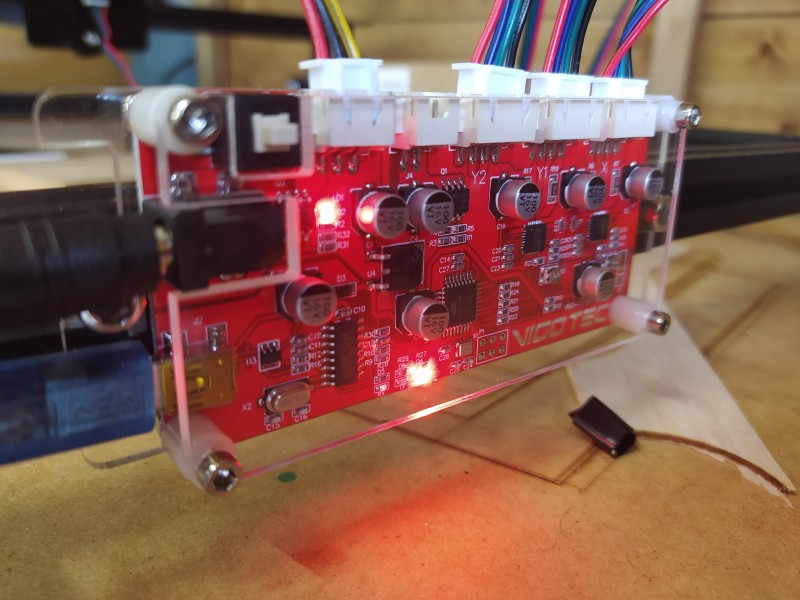 The laser diode supplied with the machine is a blue laser with a wavelength described as 450 nm and a 500 mW power rating – this is at the lower end of power output for modern laser diodes, but still is capable of cutting and burning a variety of materials. As such, you need to be very careful to not damage yourself or others when in use. The kit came with some green laser PPE goggles, but there are differing opinions on how well these would actually protect your eyes. It’s worth considering that for between £30 and £50, you can buy laser goggles that are designed to offer protection across a range (190 nm to 490 nm in our case) which cover this frequency well and have a documented and proven level of protection. Also consider if other people may suddenly arrive during laser operation, or if family pets may wander into the environment and take precautions to reduce this risk. 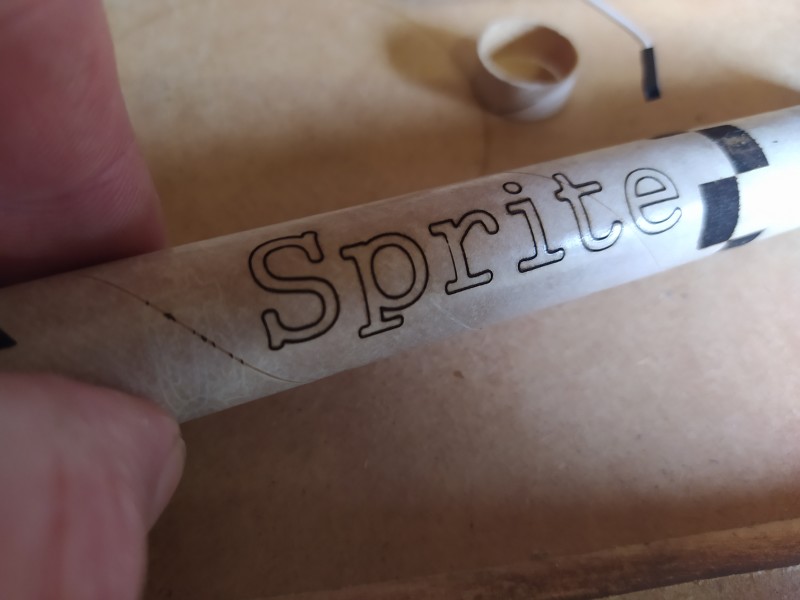 As with most laser diode engravers, the work rate to engrave is slow – we can only imagine how many days it would take to engrave a design that would fill the work area. That said, with some tinkering in LaserGRBL, it is possible to get great results when engraving. We have engraved onto wood, card, and paper. We have also cut through a variety of materials, including paper, thin balsa wood (2 mm sheets with three or four passes), card, and fine rip-stop nylon. 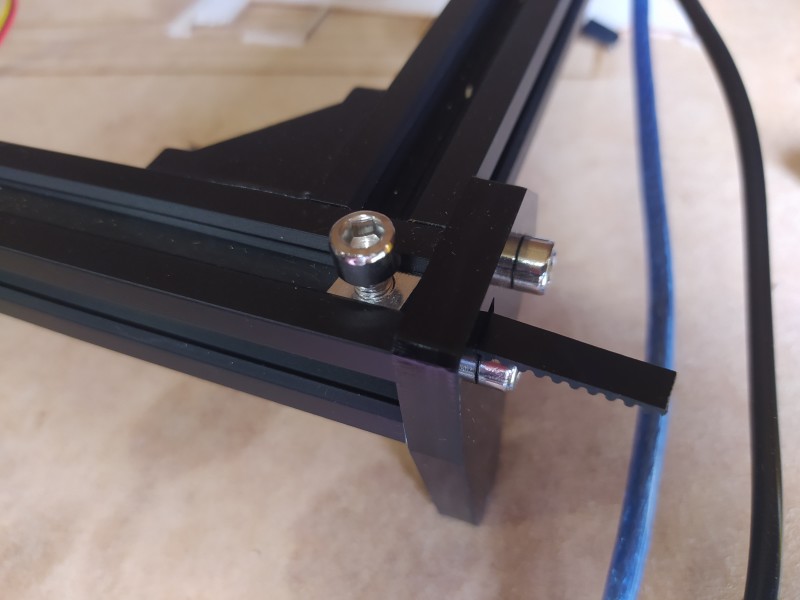 One issue you will need to solve with this machine is ventilation and fume management. If you run this machine in an enclosed space, you will very quickly fill it with fumes. The laser diode has a small fan mounted above it, but this is mainly to cool the laser enclosure during operation. As a stopgap solution, we used a desk fan pointed across the machine to push fumes towards the open double doors of our work shed. However, if we continue to use the machine a lot, we will probably mount an extraction tube that travels with the laser module that vents outside. 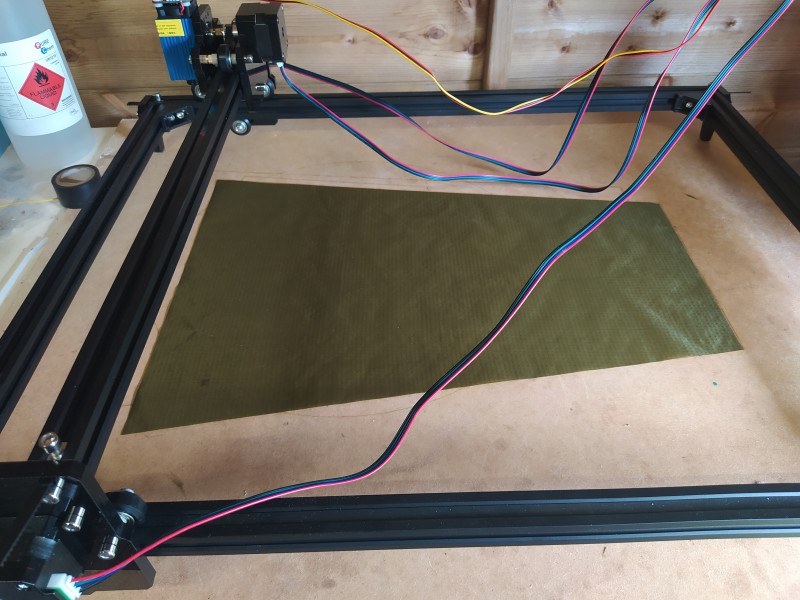 For the price, we think this is an excellent machine if you have a use case for it. It’s straightforward to build and operate, and is incredibly accurate.